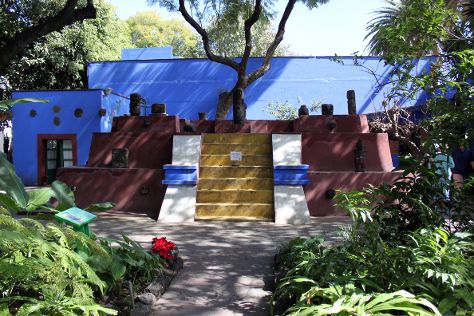 You'll explore and learn at Frida Kahlo Museum and National Palace (Palacio Nacional). Get a sense of the local culture at Chapultepec Park and Palacio de Bellas Artes. When in Mexico City, make a side trip to see El Nido in Ixtapaluca, approximately 58 minutes away. And it doesn't end there: see the interesting displays at National Museum of Anthropology, explore the historical opulence of Chapultepec Castle, identify plant and animal life at Monarch Butterfly Biosphere Reserve, and explore the ancient world of Zona Arqueologica Teotihuacan.

If you are flying in from United States, the closest major airports are Licenciado Benito Juarez International Airport, Querétaro Intercontinental Airport and General Francisco J. Mujica International Airport. In June in Mexico City, expect temperatures between 76°F during the day and 57°F at night. Wrap up your sightseeing on the 26th (Wed) to allow time to travel back home.
more less