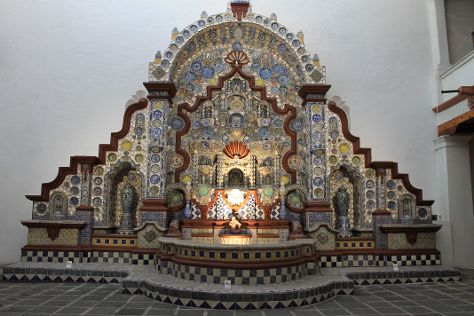 To see ratings, other places to visit, reviews, and more tourist information, go to the Mexico City tour planner.

If you are flying in from Brazil, the closest major aiports are Licenciado Benito Juarez International Airport, Querétaro Intercontinental Airport and General Francisco J. Mujica International Airport. In October in Mexico City, expect temperatures between 26°C during the day and 14°C at night. Cap off your sightseeing on the 26th (Thu) early enough to travel back home.
more less