Plan created by another user. Make it yours

Mexico City is known for museums, historic sites, and nightlife. Your plan includes some of its best attractions: get a new perspective on nature at Museo Nacional de Antropologia, explore the galleries of Yawi Arte Tradicional, ponder the world of politics at National Palace (Palacio Nacional), and explore the ancient world of Museo del Templo Mayor.

To find other places to visit, photos, where to stay, and more tourist information, use the Mexico City route maker website.

Toronto, Canada to Mexico City is an approximately 8-hour flight. You can also drive; or do a combination of train, car, and bus. Traveling from Toronto to Mexico City, you'll gain 1 hour due to the time zone difference. Expect a bit warmer temperatures when traveling from Toronto in October; daily highs in Mexico City reach °C and lows reach °C. Finish up your sightseeing early on the 5th (Mon) so you can travel to Chichen Itza.
more less

On the 8th (Thu), get in on the family fun at Xcaret. On the 9th (Fri), you'll have a packed day of sightseeing: explore the galleries of Balam Art On Feathers, enjoy breathtaking views from Tulum Tower, thenexplore the ancient world of Tulum Archaeological Site, and finally shake up your sightseeing with a climbing tour.

For reviews, traveler tips, photos, and other tourist information, go to the Tulum planning app.

Getting from Chichen Itza to Tulum by car takes about 2 hours. Other options: take a shuttle; or take a bus. Traveling from Chichen Itza in October, expect slightly colder with lows of °C in Tulum. On the 10th (Sat), wrap the sightseeing up by early afternoon so you can travel to Panama City.
more less

Xcaret
Find places to stay Oct 7 — 10:
Hotels on TripAdvisor
Homes on Airbnb
Highlights from your plan

Start off your visit on the 11th (Sun): take in nature's colorful creations at Mariposario Metropolitano, thentake an in-depth tour of Museo del Canal Interoceanico de Panama, thenvisit Casco Viejo, and finally see the interesting displays at Biomuseo. Keep things going the next day: make a trip to Panama Canal and then explore the striking landscape of Metropolitan National Park.

To see more things to do, maps, other places to visit, and more tourist information, use the Panama City trip tool.

Fly from Tulum to Panama City in 7 hours. Alternatively, you can drive; or do a combination of bus, ferry, and taxi. In October, daily temperatures in Panama City can reach °C, while at night they dip to °C. Cap off your sightseeing on the 12th (Mon) early enough to travel to La Fortuna de San Carlos.
more less

Things to do in Panama City

La Fortuna de San Carlos is known for nature, adventure, and parks. Your plan includes some of its best attractions: take in the natural beauty of Tabacon Hot Springs, tour the pleasant surroundings at La Fortuna Waterfall, browse the exhibits of Galeria Estudio, and stop by Galeria Aguas Verdes.

For more things to do, photos, reviews, and more tourist information, use the La Fortuna de San Carlos route planner.

Things to do in La Fortuna de San Carlos

San Salvador is known for historic sites, nature, and museums. Your plan includes some of its best attractions: identify plant and animal life at Cinquera Rain Forest Park, pause for some serene contemplation at Iglesia El Rosario, appreciate the history behind The Monunment of Memory and truth, and explore the engaging exhibits at Tin Marin Children's Museum.

For where to stay, ratings, traveler tips, and tourist information, go to the San Salvador trip itinerary planner.

Traveling by flight from La Fortuna de San Carlos to San Salvador takes 8 hours. Alternatively, you can drive; or take a bus. In October, daily temperatures in San Salvador can reach °C, while at night they dip to °C. Finish up your sightseeing early on the 18th (Sun) so you can travel to San Ignacio.
more less

Things to do in San Salvador 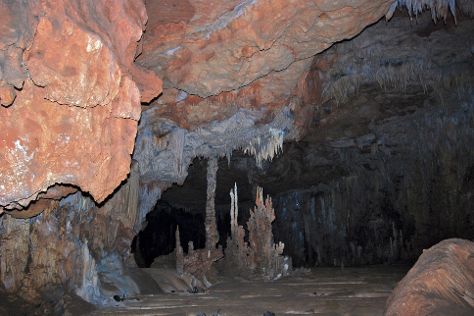 The cultural hub of the district, San Ignacio neatly blends tourism and tradition, expats and indigenous peoples into a convincingly authentic, but modern and welcoming inland town.

Kick off your visit on the 19th (Mon): steep yourself in history at Xunantunich Mayan Ruins, thenlook for gifts at Kaj Expressions, and then delve into the distant past at Cahal Pech. Here are some ideas for day two: tour the pleasant surroundings at Green Iguana Conservation Project and then Head underground at ATM Cave Belize- Actun Tunichil Muknal.

For other places to visit, photos, ratings, and tourist information, go to the San Ignacio trip builder.

The Route module can help you plan travel from San Salvador to San Ignacio. Finish up your sightseeing early on the 20th (Tue) so you can travel to San Pedro.
more less

Things to do in San Ignacio

Cayo
Find places to stay Oct 18 — 20:
Hotels on TripAdvisor
Homes on Airbnb
Highlights from your plan 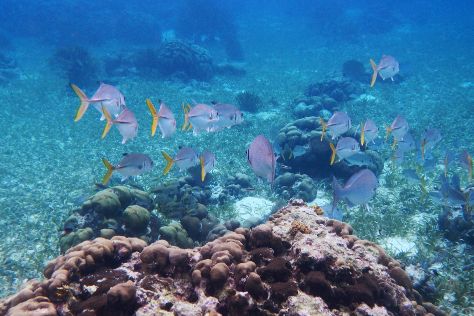 San Pedro evolved from small fishing village and now represents one of the most visited locations in Belize.

Start off your visit on the 21st (Wed): stop by 12 Belize, thentour the pleasant surroundings at Hol Chan Marine Reserve, and then soothe aching muscles at some of the top local wellness centers. On the next day, see some colorful creatures with a scuba or snorkeling tour, take the plunge with a skydiving experience, and then see the vivid underwater world at Shark Ray Alley.

To find maps, ratings, where to stay, and tourist information, refer to the San Pedro trip planner.

Getting from San Ignacio to San Pedro by flight takes about 5 hours. Other options: do a combination of bus and ferry. In October, plan for daily highs up to °C, and evening lows to °C. Cap off your sightseeing on the 22nd (Thu) early enough to catch the flight to Roatan.
more less

Things to do in San Pedro

The largest of the Bay Islands, Roatan is the most developed and the most popular among its neighbors.

Roatan is known for wildlife, beaches, and adventure. Your plan includes some of its best attractions: enjoy the sand and surf at Tabyana Beach, get a new perspective on things with Boat Tours & Water Sports, browse the different shops at Diamonds International, and head outdoors with Outdoor Activities.

For ratings, traveler tips, where to stay, and other tourist information, read our Roatan day trip tool.

You can fly from San Pedro to Roatan in 5 hours. Alternatively, you can do a combination of ferry, car, and bus; or do a combination of ferry and bus. In October in Roatan, expect temperatures between °C during the day and °C at night. Wrap up your sightseeing by early afternoon on the 26th (Mon) to allow enough time to travel back home.
more less

Things to do in Roatan