Thanks to the island's outstanding scuba diving and snorkeling options, Cozumel tourism sector remains a major employer and the main source of income for this Caribbean getaway.

Get ready for a full day of sightseeing on the next day: see the vivid underwater world at Santa Rosa Wall, then take a tour by water with Boat Tours & Water Sports, and then take in the exciting artwork at Galo Art Studio.

To see ratings, maps, other places to visit, and tourist information, go to the Cozumel road trip planner .

London, UK to Cozumel is an approximately 13-hour flight. You can also do a combination of train and flight. The time zone difference moving from Greenwich Mean Time to Eastern Standard Time is minus 5 hours. Expect a bit warmer temperatures when traveling from London in August; daily highs in Cozumel reach 35°C and lows reach 26°C. Finish your sightseeing early on the 14th (Wed) to allow enough time to drive to Tulum.
more less

Deepen your sense of the past at sights like Tulum Archaeological Site and Las Pinturas. Take a break from the city and head to Paradise Beach and Xel-Ha. It doesn't end there: kick back and relax at Akumal Beach and stroll through Mayan Beach.

To find maps, photos, more things to do, and other tourist information, refer to the Tulum trip itinerary maker website .

You can drive from Cozumel to Tulum in 2.5 hours. In August, plan for daily highs up to 35°C, and evening lows to 26°C. Wrap up your sightseeing on the 17th (Sat) to allow time to drive to Chichen Itza.
more less

For maps, ratings, more things to do, and other tourist information, use the Chichen Itza trip planner.

Getting from Tulum to Chichen Itza by car takes about 2 hours. Other options: take a shuttle; or take a bus. Traveling from Tulum in August, expect Chichen Itza to be somewhat warmer, temps between 39°C and 30°C. Finish your sightseeing early on the 18th (Sun) to allow enough time to drive to Cancun.
more less

On the 19th (Mon), buy something for everyone on your list at La Isla Shopping Village, then steep yourself in history at El Rey Archaeological Zone, then enjoy the sand and surf at Playa Delfines, and finally get a new perspective on things with Boat Tours & Water Sports. Here are some ideas for day two: get close to the beloved marine mammals with a swim-with-the-dolphins experience.

For reviews, more things to do, and other tourist information, read Cancun day trip website .

Traveling by car from Chichen Itza to Cancun takes 2.5 hours. Alternatively, you can take a shuttle; or take a bus. August in Cancun sees daily highs of 37°C and lows of 28°C at night. Finish your sightseeing early on the 20th (Tue) so you can travel to Palenque.
more less 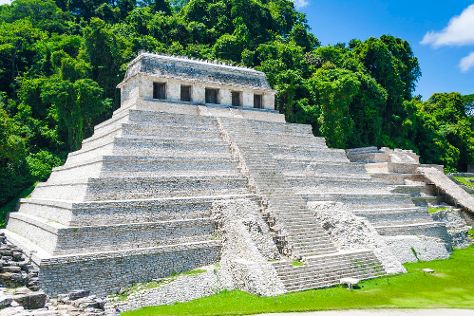 Palenque remains best known for the nearby ruins of an ancient Mayan city, which probably flourished around the 7th century CE.

Things to do in Palenque

Your cultural itinerary includes sights like Museo Nacional de Antropologia and Palacio de Bellas Artes. Your inner history buff will appreciate Zona Arqueologica Teotihuacan and Metropolitan Cathedral (Catedral Metropolitana). And it doesn't end there: see the interesting displays at Museo de Frida Kahlo, ponder the world of politics at National Palace (Palacio Nacional), take in the architecture and atmosphere at Cathedral of the Assumption, and get engrossed in the history at Museo del Templo Mayor.

To see more things to do, where to stay, reviews, and other tourist information, refer to the Mexico City online visit planner .

Fly from Palenque to Mexico City in 3.5 hours. Alternatively, you can do a combination of bus and flight; or drive. In August in Mexico City, expect temperatures between 28°C during the day and 16°C at night. Wrap up your sightseeing on the 24th (Sat) early enough to travel to Cabo San Lucas.
more less 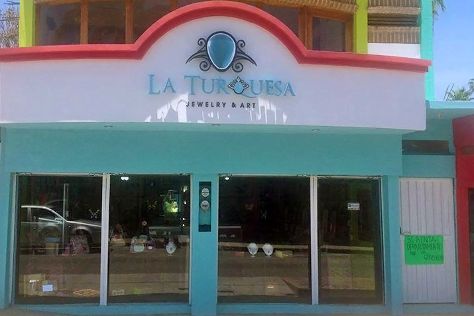 Visiting Playa del Amor and Medano Beach will get you outdoors. Satisfy your inner culture vulture at Church of Saint Luke and Whimsical Art Cabo. There's much more to do: explore the striking landscape at El Arco de Cabo San Lucas, view the masterpieces at La Turquesa Jewelry and Art, and shop like a local with Golden Cactus Gallery.

Things to do in Cabo San Lucas