Start off your visit on the 13th (Fri): delve into the distant past at Zona Arqueológica El Meco. On the 14th (Sat), you'll have a packed day of sightseeing: kick back and relax at Playa Delfines, stroll through Xcacel Beach, and then take in the spiritual surroundings of Iglesia de Cristo Rey.

To see traveler tips, more things to do, photos, and more tourist information, you can read our Cancun visit planning website.

If you are flying in from France, the closest major aiports are Cancún International Airport and Cozumel International Airport. In September in Cancun, expect temperatures between 36°C during the day and 28°C at night. Finish up your sightseeing early on the 16th (Mon) so you can travel to Holbox Island.
more less

©
Kick off your visit on the 16th (Mon): kick back and relax at Punta Mosquito, browse the exhibits of La Choza de Fito, and then tour the pleasant surroundings at Refugio Holbox. Get ready for a full day of sightseeing on the 17th (Tue): see majestic marine mammals with a dolphin and whale watching tour.

To see traveler tips, photos, more things to do, and more tourist information, you can read our Holbox Island day trip planning tool.

Explore your travel options from Cancun to Holbox Island with the Route module. Expect a daytime high around 36°C in September, and nighttime lows around 28°C. Finish your sightseeing early on the 18th (Wed) so you can travel to Tulum.
more less

On the 18th (Wed), take an in-depth tour of Museo de la Prehistoria Parque Dos Ojos, kick back and relax at Mayan Beach, and then explore the ancient world of Tulum Archaeological Site. Get ready for a full day of sightseeing on the next day: tour the pleasant surroundings at LabnaHa Cenotes & Eco Park, Head underground at Cenote Santa Cruz, and then pause for some serene contemplation at Nuestra Senora del Carmen Catholic Church.

To see other places to visit, maps, and tourist information, you can read our Tulum travel route planner.

The Route module can help you plan travel from Holbox Island to Tulum. In September in Tulum, expect temperatures between 34°C during the day and 26°C at night. Finish your sightseeing early on the 20th (Fri) so you can travel to Sian Ka'an.
more less

©
Start off your visit on the 20th (Fri): stroll through Sian Ka'an Biosphere Reserve.

To see maps, more things to do, reviews, and more tourist information, use the Sian Ka'an online trip maker.

The Route module can help you plan travel from Tulum to Sian Ka'an. You will leave for Chichen Itza on the 21st (Sat).
more less

Things to do in Sian Ka'an

To find photos, ratings, other places to visit, and other tourist information, read our Chichen Itza online travel planner.

Explore your travel options from Sian Ka'an to Chichen Itza with the Route module. In September in Chichen Itza, expect temperatures between 38°C during the day and 30°C at night. Finish up your sightseeing early on the 23rd (Mon) so you can go by car to Valladolid.
more less 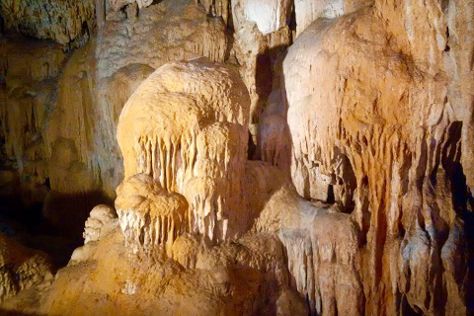 Sultana of the East

One of the gateways to the ruins of Chichen Itza, Valladolid boasts plenty of historic charm and offers a range of tourist-oriented services that ensure pleasant holidays in this area.

To see reviews, other places to visit, traveler tips, and other tourist information, read our Valladolid trip itinerary planning site.

You can drive from Chichen Itza to Valladolid in an hour. Alternatively, you can do a combination of taxi and bus. September in Valladolid sees daily highs of 38°C and lows of 30°C at night. Wrap up your sightseeing on the 25th (Wed) to allow time to drive to Cancun.
more less

Things to do in Valladolid

©
Your cultural itinerary includes sights like Parroquia de Cristo Resucitado and La Isla Shopping Village. Take a break from the city and head to Dolphin & Whale Watching and Shark Diving. See even more of Cancun: enjoy the sand and surf at Playa Marlin, tour the pleasant surroundings at Playa Chacmool, and fly like a bird with a parasailing or paragliding tour.

To find other places to visit, ratings, more things to do, and tourist information, you can read our Cancun trip maker website.

You can drive from Valladolid to Cancun in 2 hours. Other options are to take a shuttle; or take a bus. Finish your sightseeing early on the 27th (Fri) to allow enough time to travel back home.
more less